Homepage>News>Climate in Colombia & when to travel

Climate in Colombia & when to travel 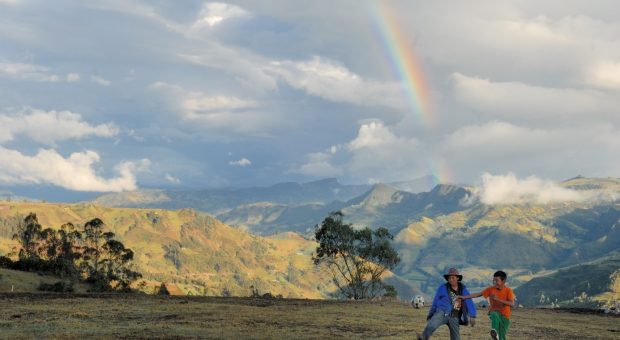 From snow-covered peaks to tropical heat, Colombia offers a wide range of climate zones. Due to its location at the equator Colombia there are no seasons as in Europe or North America, the temperature stays the same throughout the year. However, the temperature varies with altitude. Precipitation changes during the year with many areas having dry seasons in July/August and December to March. But even in the rainier seasons you will almost never experience days without sun. And since the country is quite large there are always places with exceptions to the rule. That is one of the reasons why there isn´t a bad season to visit Colombia.

The climate on the Caribbean coast is quite hot, around 30°C and more with almost no rain in the northeastern Guajira region gradually changing to more humid towards Cartagena and then the Darién region at the border to Panama. The hot and humid climate then extends along the Pacific coast. In the mountains and valleys of the Magdalena and Cauca rivers temperature ranges from 32°C in the valleys to slightly below 0°C on the snow-capped peaks. Around 1.500 m of altitude the temperatures are around 25°C. Medellín, Coffee Zone, San Agustín and Barichara are destinations to enjoy this pleasant climate. In the eastern Lowlands of the Llanos and the rainforest the temperature reaches 30°-32°C. As you can see, climate varies a lot in our country. Even during a two hour drive you can experience the changes in vegetation and way people live in the different climate zones.

And no mention of climate without considering the current changes in climate. We at KonTour Travel are committed to mitigate climate change by contributing to Atmosfair and Mossy Earth to compensate domestic air and overland travel for every one of our guests.