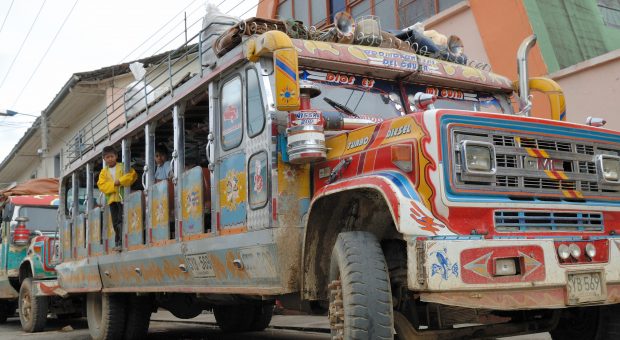 In the department Cauca, between Popayán and Cali, there is a little village called Silvia. On the first sight it appears like a typical Colombian village with a main plaza and a church, that’s it.

But every Tuesday the village turns into a marketplace for the goods  of the Guambianos, which arrive with the Chivas. The Guambianos are some of the last indigenous communities in Colombia’s highlands that still live according to their traditions. They all, women and men, wear bright blue skirts and colorful ponchos. The blue color is a symbol for the cosmos and black symbolizes the earth.

There is also the possibility to visit one of the local families in their house near the village and have a typical lunch with them, getting the opportunity to learn a lot about their lives between tradition and modern Colombia. This excursion can, for example, be included in the “Diversity of Colombia” – Tour!