Homepage>News>Classic Destination of the Month - Medellín

Classic Destination of the Month – Medellín 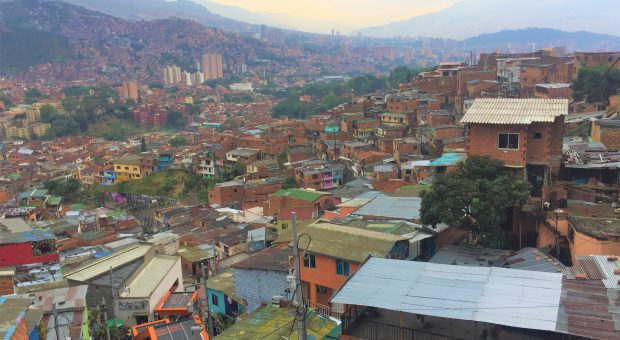 Located in the region of Antioquia Medellín is the so called city of eternal spring. Due to its location temperature is moderate all over the year. The city that was once known as one of the most dangerous cities of the world, is considered Colombia’s most innovative city nowadays. Depending on personal interests, Medellín has to offer something for everyone. As it was the hometown of the famous artist Fernando Botero there can be found lots of his statues at the Plaza Botero. Also street art has an important role, especially in the Comuna 13. For those who like nature, the national park Arví can be reached by cable car. By the way, Medellín is the only Colombian city that has got a metro system. It is connected to the cable cars to make the mountains areas of the city easier to reach.

Daytrips from Medellín can be done to visit the famous El Peñol rock of Guatapé or colonial villages like Santa Fe or coffee farms in the south east near Fredonia or Jardín. To get an idea how Medellín fits into your Colombia itinerary have a look at our tours .